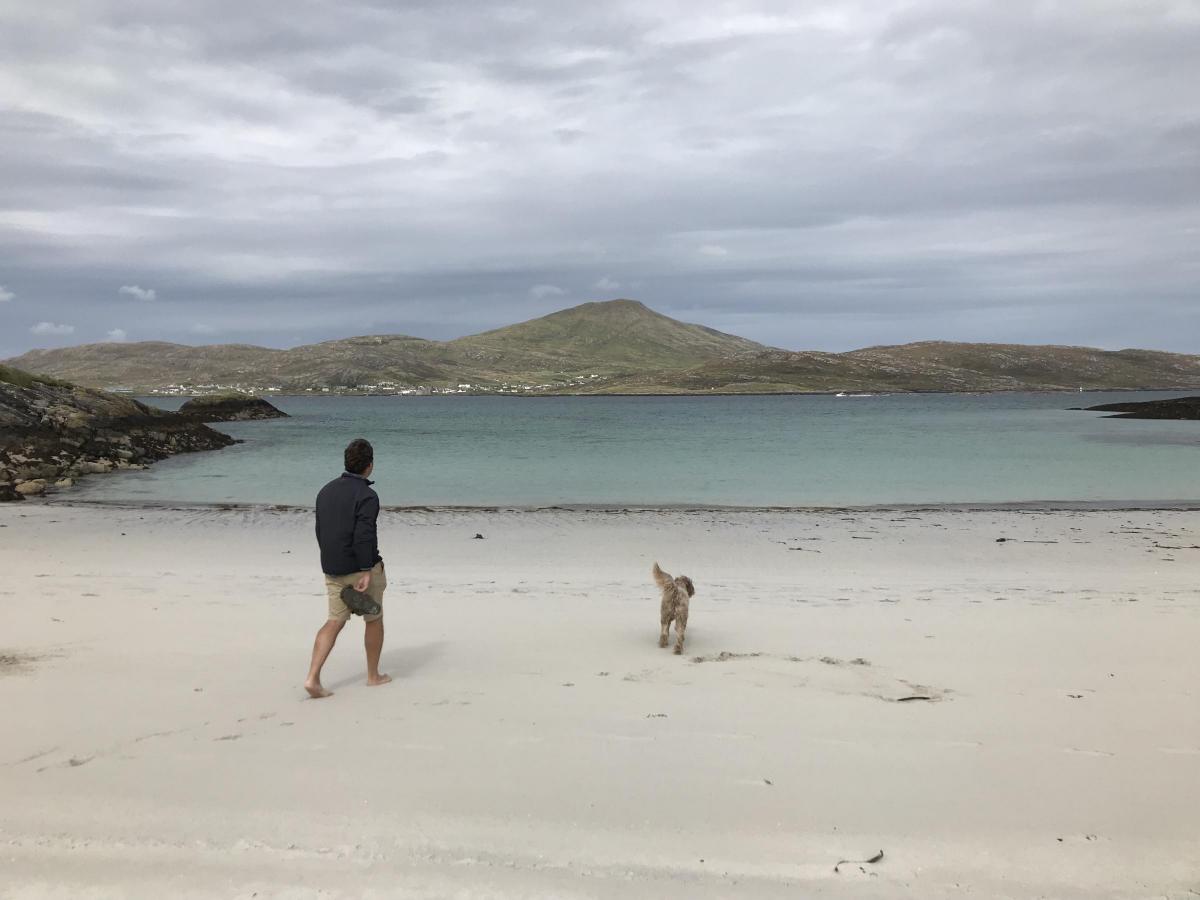 (This interview appeared in the Herald on 15th December 2018).

BARRA- lover Stephen Webster got an introduction to life on the Scottish island that some people would have found disconcerting.

The investment manager was being driven from the island’s airport with its beach landing strip by the woman who was to become his mother-in-law when a sheep took a close interest in her car.
“We got to a T junction and as we turned left this sheep jumped on the bonnet of the car and then just wandered off.
“My mother-in-law did not blink. It was like that happened all the time, and I thought if this is a place where sheep jump on cars and nobody bothers that’s the place for me.”

In 22 years of married life since then Mr Webster has become a regular visitor to the island where his wife’s family have crofts. He loves spending quiet time unwinding in the country or by the sea but is glad to help out with crofting chores when he can. “I can wrestle a sheep to the ground and sheer it,” notes Mr Webster. He admits though that his brother-in-law could probably sheer four of five animals in the time it takes him to do one.

Life on Barra is a world away from Mr Webster’s day job in the competitive financial services industry.