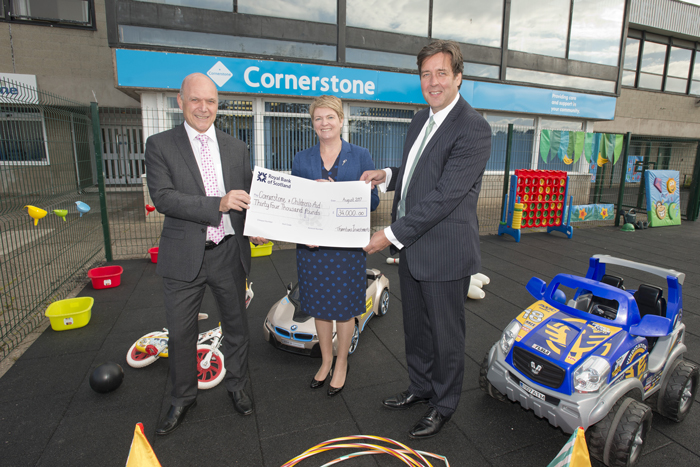 Two charities have been handed a share of £34,000 raised during a sold-out charity dinner organised by Thorntons Investments.

Cornerstone and Children’s Aid have each been presented with a cheque to help support the vital work they do for some of Scotland’s most vulnerable people.

The popular Sports Challenge Dinner, organised and sponsored by Thorntons Investments, has raised over £100,000 over the past four years for local worthy causes. The event pits guests against each other in a ‘Question of Sport’ style quiz with the overall champions taking home the Sports Challenge trophy – as well as the honour of being the top sports brains in Tayside.

Stephen Webster, Chief Executive of Thorntons Investments, said: “I am immensely proud that the Sports Challenge Dinner has gone from strength to strength. Raising over £100,000 is a great achievement and testimony to our city’s generosity.  The money raised this year will make a real difference to services in our local community and I’d like to thank everyone who participated and contributed on the night.”