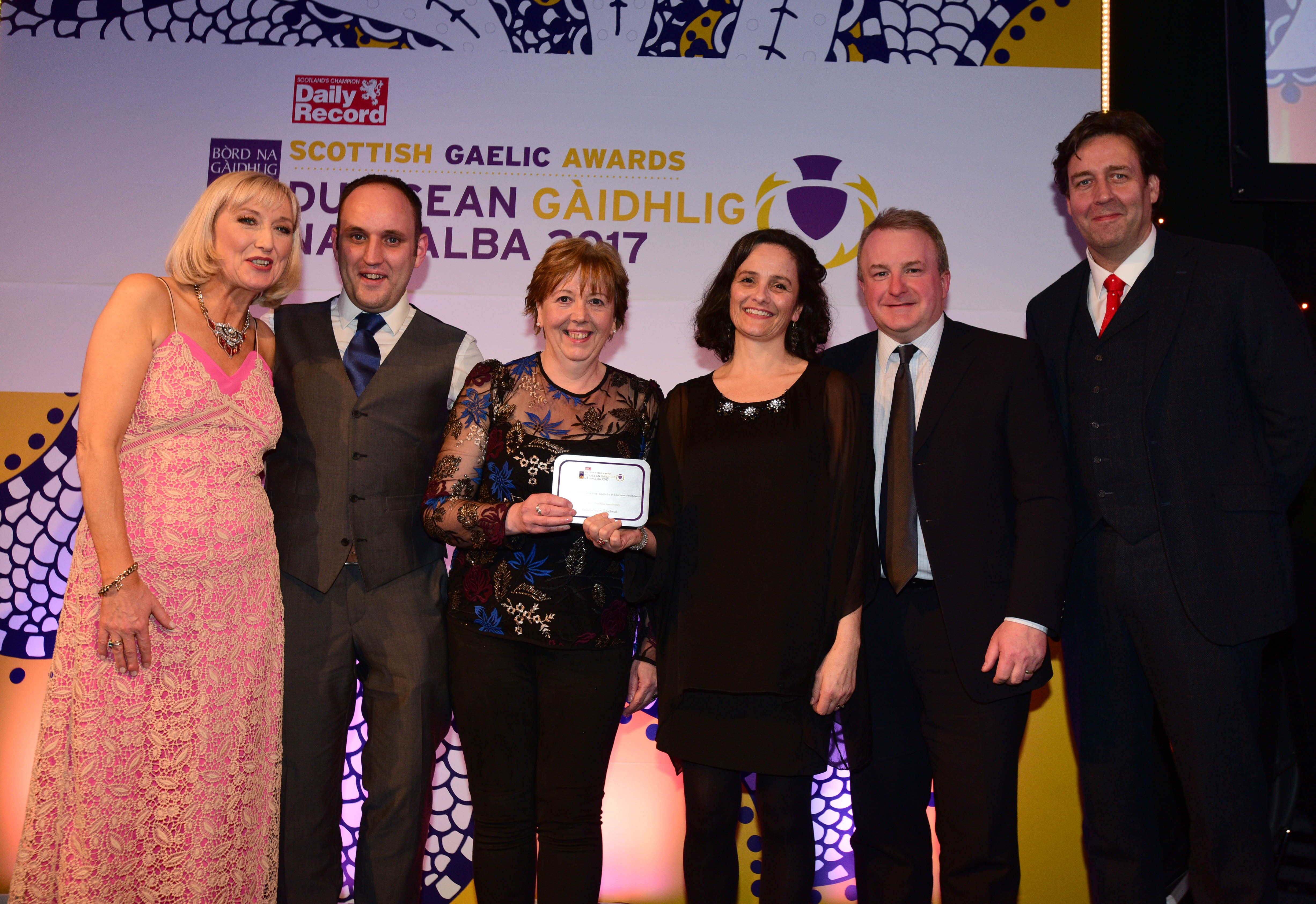 This is the third year running that Thorntons Investments has sponsored the category which recognises successes of businesses, social enterprises or community groups in realising the proven economic value of Gaelic towards Scotland’s economy. Research by Highlands and Islands Enterprise published in 2014 put the yearly economic value of Gaelic at about £5.6m and estimates its potential as high as £148.5m. Last year Arthur Cormack picked up the award on behalf of Fèisan nan Gàidheal, and the previous year it was handed to Museum nan Eilean.

Stephen Webster, Chief Executive of Thorntons Investments, said: “This is a great opportunity to celebrate not just its rich heritage and cultural contribution to society in Scotland, but also to recognise the Gaelic community’s true economic value to the wider Scottish community. As a business we feel it is important that we support initiatives that chime with our own values and, in this case, we recognise the importance of the trusting relationships which underpin flourishing Gaelic businesses and cultural enterprises.”

Earlier this year Thorntons Investments became the inaugural sponsor of a young composer prize at the Blas Festival, offering young Gaelic musicians the opportunity to make a professional recording of their winning composition.  Blas, which means ‘taste’ or ‘sample’, celebrates Gaelic culture and the thriving Scottish traditional music scene over nine days of concerts, cèilidhs and larger events in venues across the Highlands and Islands.